Located 31 km’s west of Gold River, on the Head Bay FSR is the Conuma River and the location of a civil project awarded to us by the Ministry of Highways in 2012. The end goal being the relocation of the Head Bay Forest Service Road to accommodate the installation of the new 75m Conuma Bridge.

We were required to construct 370m of new road which involved new bridge approaches on both sides of the river. The east approach had to be cut through a rock bluff; it was drilled, blasted, excavated and hauled away.  In total, approximately 12,000 cubic meters of rock was removed leaving a thru cut 14 metres deep.  Eight thousand cubic metres of this rock went to the west side approach where a large fill was required for the bridge installation. After the new bridge was installed and the old bridge deconstructed, we then removed the existing center pilings and old rock from the river channel.

This project was completed with a new larger and safer bridge, and the complete deactivation of the old road approaches.  Nearby fish creeks were also enhanced along with restoration work on the Conuma River at the old bridge site 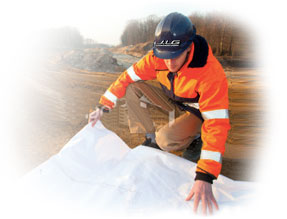 “We are dedicated to providing our customers with the best in safe quality service, with a goal for 100% customer satisfaction. If something isn't right, we want to know. ”
Jim Elgie, President